Work With Other Artists 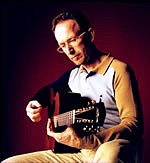 It would seem that my life has come full circle with regard to my working relationship and association with Graham. My first ever recollection of seeing & hearing Graham perform his music was back in the early 1970`s, at a `Festival Of Light` event in Hyde Park (with other artists such as Cliff Richard & speakers such as Malcolm Muggeridge). I was immediately drawn in by what I heard that day in London & bought Graham`s album (on vinyl) entitled `Footsteps On The Sea`. The songs on that album remain very special & have had a huge influence on my early life and so (knowing that the setlist would include some of these early songs) I was all the more grateful when I was invited to join Graham and the small team of musicians (directed by my good friend Tim Oliver) for a tour of Cathedrals (in 2003). Each evening, as we played songs from that early album (now available on the live CD `Sacred Journey`), I was somehow transported back to those early days once again. My first ever recording project with Graham was for one of the early Make Way CDs (entitled `Make Way - For The King Of Kings`). I then went on to join Graham & his excellent team of musicians, producers & musicial directors for a number of other recordings including: `Shine Jesus Shine` (1987), `The Gift - Make Way For Christmas` (1988), `Crown Him (The Worship Musical)` (1992), `King Of The Nations` (1992), `No Scenes Of Stately Majesty` (CDEP 1998), `What Grace` (2001), `Sacred Journey` (UK Cathedrals Live 2003), `Do Something Beautiful` (2003). 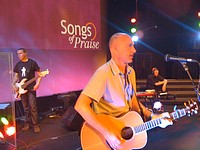 I have also been honoured to have joined Graham & his team for many concerts, worship events & TV recordings over the years. Two that most come to mind were for BBCTV `Songs Of Praise` programmes. The first was for an event called `Hearts Of Fire` and was recorded within the remains of Glastonbury Priory. The grounds were filled, the worship was so powerful & beautiful in that sacred place. The team of musicians (directed by Steve Thompson) were so united in spirit & creativity, rarely have I felt so elevated into the Presence of God at an event such as this. I recall that during one moment a soft rain began to filter down, the lights catching this as we played & sung that night, it was a moment that I shall never forget.

The second is more recent, a recording within `Coventry Cathedral` (to be shown in May & September on BBCTV). This event brought me back to the UK Cathedrals Tours & then back again to those early days of Graham`s music. It has been an honour and a privilege to work with Graham & his team, to have served our Lord & King Jesus together and to be a part of Graham`s Sacred Journey.

For more on the work & ministry of Graham Kendrick do visit his excellent website. Be sure to listen to the many many MP3 files within the discography pages. You will also find song lyrics & extensive information on each album that Graham has recorded over the years: http://www.grahamkendrick.co.uk 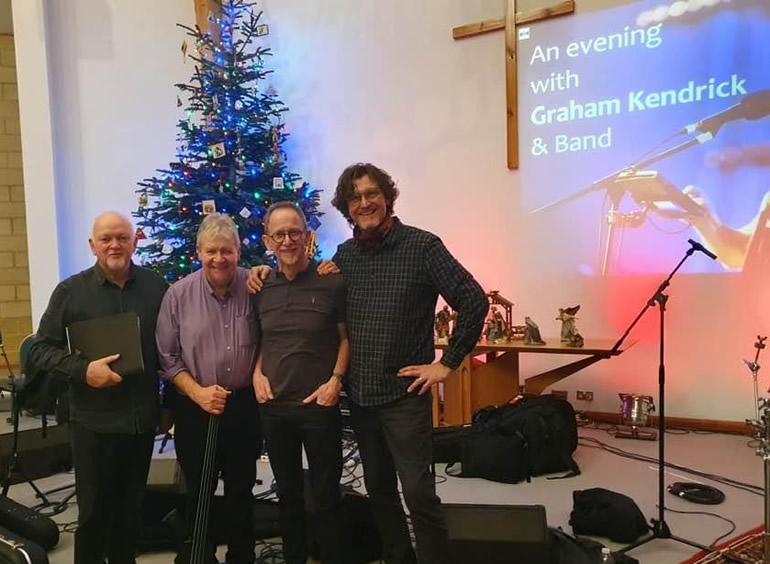 Recording and performing City Of Gold remains a very special part of my working life and music ministry over the years. My association with Phil Baggaley goes right back to the beginning... My first ever recording project for a Christian record label (which was Kingsway) was a Phil & John album called `Waiting For Summer`. These were wonderful, halcyon days with Les Moir at the helm (he kept us all reasonably in control!). I even turned up for my first Phil & John session (at ICC Studio 2 in Eastbourne) in shirt & tie - you had to be properly turned out in those days, it was a Christian recording session after all! 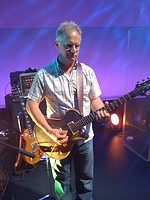 After touring and playing the various festivals in the early to mid-80`s (Greenbelt, Flevofest, Spring Harvest) I then recorded for a second album with Phil and John (this time the CD had been invented - yes, it was that far back pop pickers) entitled `Lonely Dancer`. It was through these Phil and John projects that I got to know Chris Eaton, the man & his amazing music. I remain a fan to this day. Phil has always travelled with excellent musicians, who in turn knew an excellent musician and songwriter when they saw one! The band call in those days was also impressive, including Neil Costello (Gtrs), Les Moir (Bass & Production), Chris Eaton (Keyboards & Production), Bobby Clark (Drums), Karlos Edwards (Percussion), Mal Pope & Julie Costello (BVs). The live shows were wonderful, Phil and John not only produced great songs with thought-provoking and challenging lyrics they were also good communicators. They were a great double act in the true sense of the word, real raconteurs (in the music hall tradition) who knew how to crack a joke one minute and then completely change the atmosphere by delivering a powerful song that would bring tears to your eyes - listen to their songs today, they have not lost their impact. For sound samples and reviews be sure to visit: http://www.crossrhythms.co.uk/artists/Phil_And_John/9920/.

So, with all this background, I was filled with anticipation when Phil called to invite me to play on this first `City Of Gold` recording project. 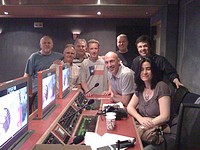 The roll call was also one of the finest that I have known within a recording project (and subsequent live shows): Phil Baggaley (Voice/Gtr/Kbds), Julie Costello (Lead Vocal), Mal Pope (Lead Vocal), Neil Costello (Gtrs), Dave Clifton (Gtrs), Terl Bryant (Drums/Perc), Steve Thompson (Organ), Adrian Plass (Narrator) + a host of other singers and musicians. The artwork by Steve Rigley was also an integral part of the project (and the subsequent recordings: `Shipwrecks & Islands`, `Road To The City` and others (that I have not been a part of - unfortunately). The writing team of Phil, Dave Clifton & Ian Blythe was also a winning combination, along with the incomparable writing and narration of Adrian Plass of course. For live performances we were often joined by J John, who delivered the most powerful Gospel message that I have ever heard!

Do look into these projects and the continued work of Phil Baggaley, you will be richly rewarded: http://www.goldrecords.co.uk 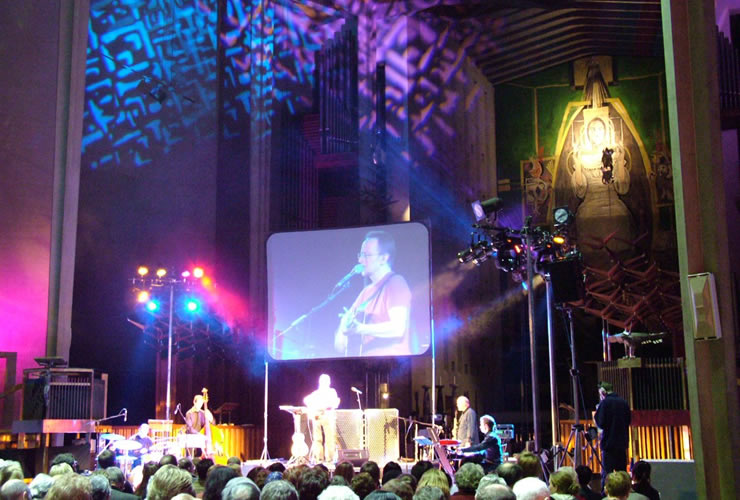 These projects have become very special to me personally (to all who became part of the Celtic Expressions team and most surely to the many thousands who have bought and grown to love these CDs over the years). I feel that it is a real pity that Kingsway did not value these projects highly enough to keep these on their catalogue - as individual recording projects and with their original artwork, which is excellent. I believe that these projects are timeless and beyond the whims of fashion - which does appear to be the driving force behind much Christian publishing these days (sermon over). There have been six recordings so far, all of these being produced & engineered by our good friend Nigel Palmer and Nick Fletcher (who also plays excellent guitars on each of these projects). The team of musicians has remained constant, including: Tim Oliver (Kbds/prog), Nick Fletcher (Gtrs), Dave Clifton (Gtrs/Mandolin), Troy Donockley (Low Whistle/Uillean Pipes), Tim Harries (Bass/Double Bass), Terl Bryant (Perc/Drums), Fiona Davidson (Celtic Harp), Joanne Hogg (Voice/Vol 3 & 5), Chris Haigh (Fiddle/Violin), Claire Tomlin (Voice/Vol 4), William Schofield (Cello), Chris Redgate (Oboe), Mike Haughton (Woodwind/Reeds Vol 4), Kate Simmonds (Voice/Vol 6), David Fitzgerald (Woodwinds/Reeds Vol 1-6).

To purchase and to listen to samples from the projects: http://www.crossrhythms.co.uk/artists/Celtic_Expressions_Of_Worship/10004

As international speakers and messengers of the Good News through music, Barry and Batya Segal are at the forefront of what God is doing in the present day nation of Israel. With strong ties in both the nations and Jerusalem, the Segals are weaving the deepest roots of our biblical heritage together with the fresh Spirit-filled worship of today to create their rich harmony of Scripture and song. The Segals have a vast vision for God`s purposes in the nations and to the people of Israel. In fact, their longing to help rebuild Israel both spiritually and physically inspired them to pioneer the non-profit charity organization, Vision for Israel and The Joseph Storehouse. This arm of their ministry focuses on assisting the poor and needy, widows and orphans, and reaching out to the new  Jewish immigrants coming into the land of Israel.  Vision`s most challenging project to date is "The Joseph Storehouse®", Humanitarian Aid Centre, located in the hills of Jerusalem.

The Joseph Storehouse functions as a channel of blessing to all of Israel, Jewish and Arab, through the gathering and distribution of emergency medical supplies, food, clothing, and other basic life necessities.  For more information: http://www.visionforisrael.com/joseph_storehouse.htm

Batya is one of today`s leading songwriters of Hebrew Messianic music in Israel. The Segals are actively proclaiming the Word of God, leading and teaching praise and worship songs from Israel and also encouraging others to pray and intercede. I have recorded on three of their CDs:  Sh`ma Yisrael, Be Not Silent Day Or Night and Go Through The Gates. It has also been my privilege to have been invited to join Barry & Batya`s worship team `Moriah` for events & conferences over the years.

Barry & Batya Segal bring a contemporary ethnic sound that speaks insightfully to the prophetic times in which we live today. They are available for ministry in both the Word and worship music to tour groups and conferences in Israel as well as international ministry to the nations.